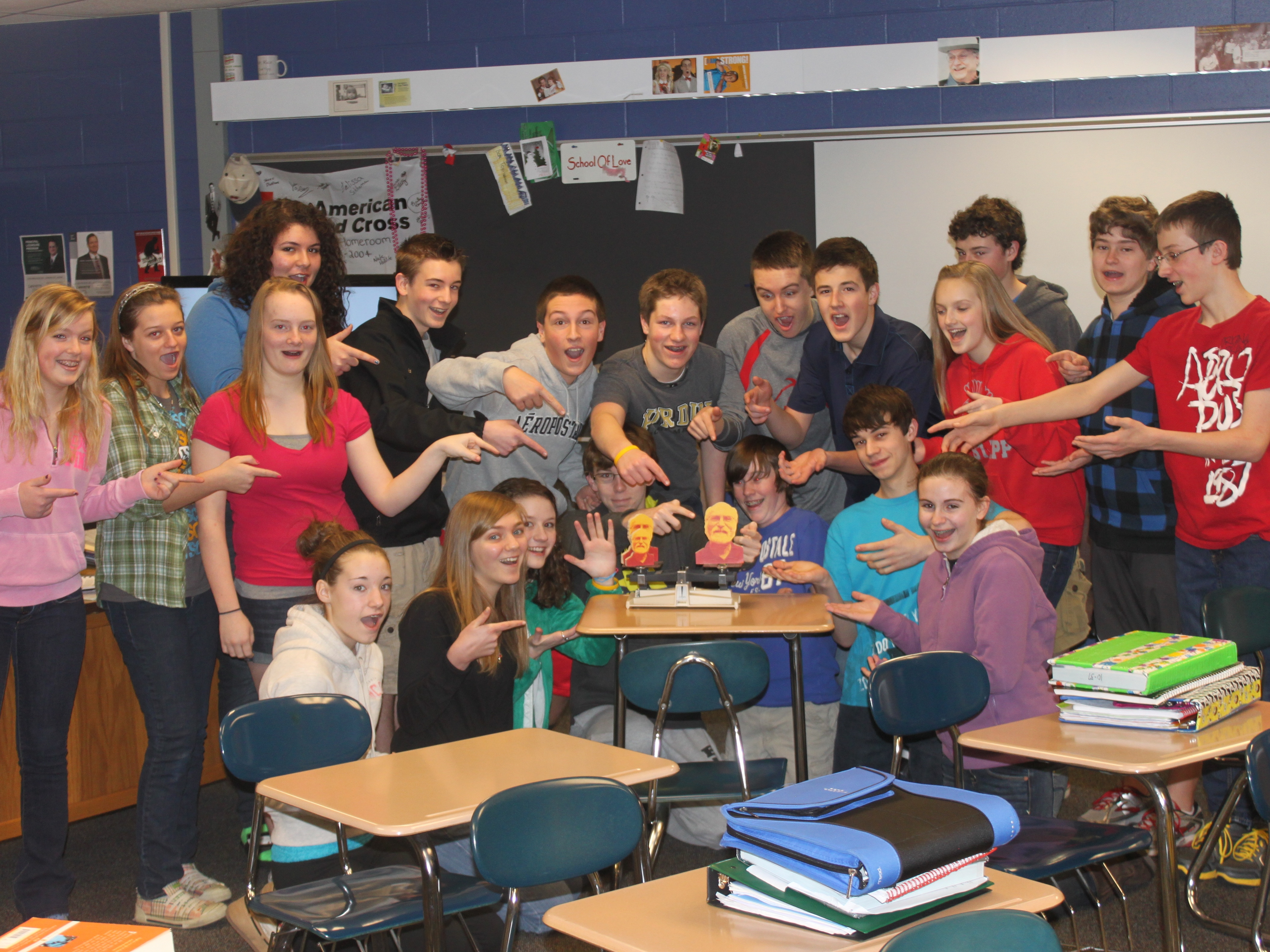 East Tipp's courses in mathematics go a bit beyond the TSC Middle School Mathematics Standards, which include the Indiana State Standards and a few other supplementary topics.

Major topics in sixth grade include performing operations on rational numbers, relating ratios and proportions, building the foundations of geometry, and solving one- and two-step equations.

In addition to practice on those and other topics, a concentrated effort is made to develop Indiana's Process Standards for Mathematics not only in math classes, but throughout the entire school day.

Students who excel in mathematics are invited to advanced courses at each grade level; each advanced course focuses on the standards of the next grade level, set in a challenge atmosphere with a higher degree of rigor than would be found in a regular course. Students who advance beyond eighth-grade courses to complete Algebra I or Geometry at East Tipp are awarded high school credit.

Students who struggle with grade-level work have opportunities to learn in co-taught classes, to enroll in a second math course set in a lab setting for independent practice, or to join a homeroom that has a dedicated focus on extra practice in mathematics.

Finally, all students, regardless of grade or ability level, are invited and encouraged to participate in several math contests held throughout the year. These contests are known collectively as the XM Tournament. Customarily, over 40% of the students in the school participate in at least one contest; parents are occasionally invited to compete as well.