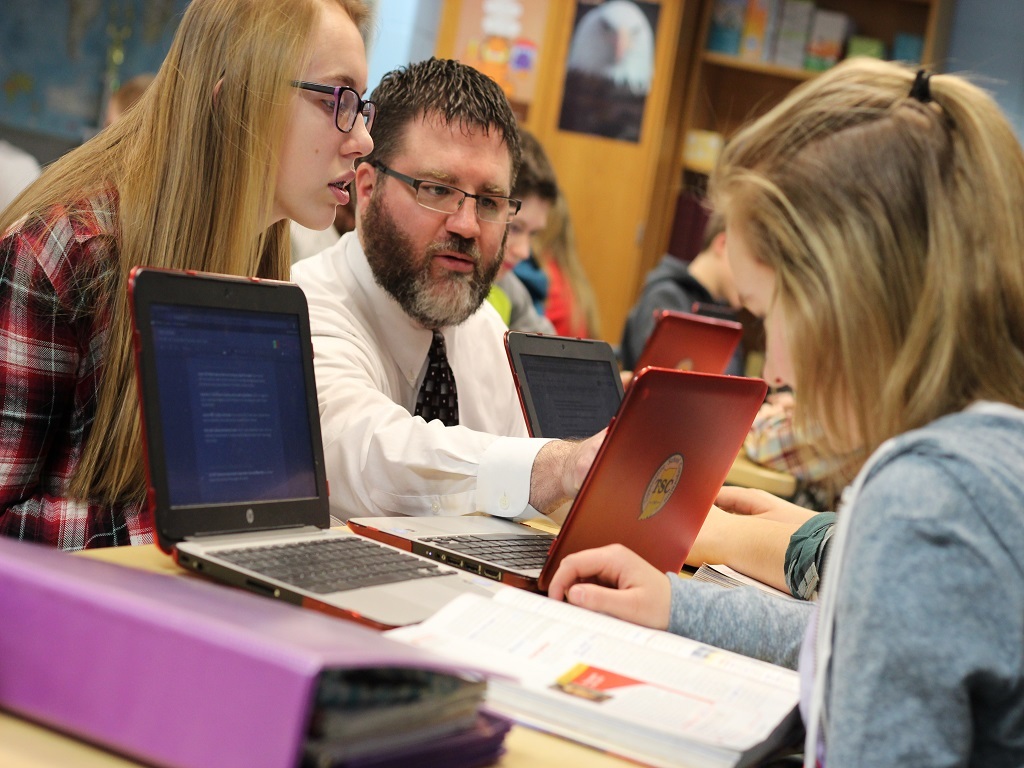 Sixth grade students focus on the peoples, places, and cultures in Europe and the Americas. Major topics include include early and classical civilizations, the Medieval Period, the Early Modern Era, and the Modern Era. Other topics include various focuses on civics and government including early republics, democracies, monarchies, and parliaments.

Seventh grade students focus on the peoples, places, and cultures in Africa, Asia and the Southwest Pacific. Major topics include early civilizations and empires, the spread of cultural, economic, social, and political ideas, exploration, conquest, and postcolonial states. Other topics include independence of new nations and how major forms of governments of Japan, North Korea, India, South Africa, and China currently protect or violate human rights of their citizens.

Eighth grade students focus on United States History to 1877. Major topics include the American Revolution, National Expansion and Reform, the Civil War, and the Reconstruction Period. Other topics include the essential ideas of constitutional government, checks and balances, representative government, individual rights, and separation of powers, as well as the impact of national government on the everyday lives of the people of the United States.