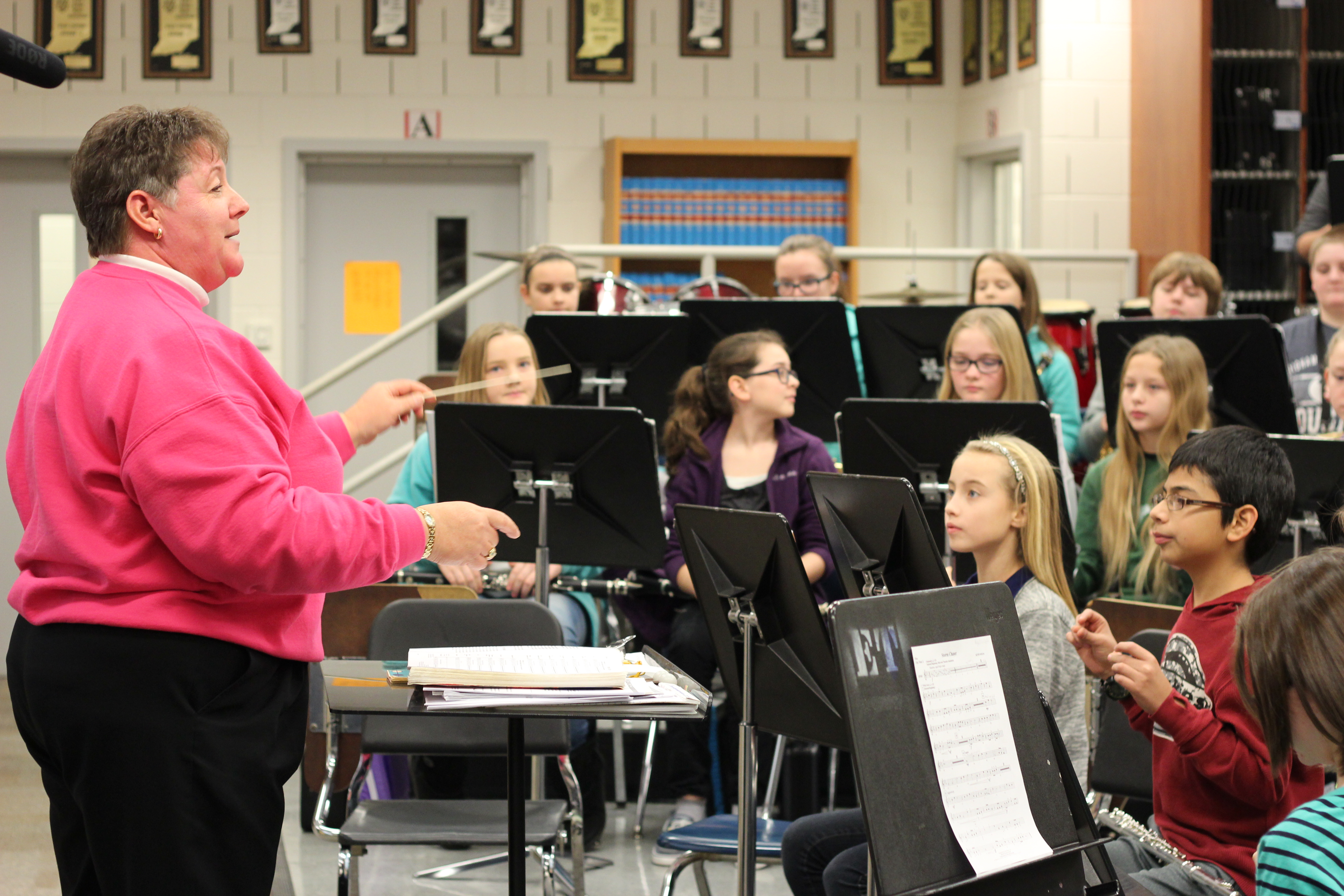 Approximately half of the student body participates in the band program. Our students enter the band in sixth grade, most without ever having played an instrument, and exit eighth grade performing instrumental music at a high level, frequently receiving a Gold Award in Group I at the ISSMA Band Contest. The concert bands perform five concerts annually, with the top band performing at the TSC North Band Festival and our Veteran’s Day Convocation as well.

In addition, students who have at least one year of playing experience may elect to participate in Jazz Band. This is an extra-curricular group that meets weekly to study swing and blues, learn improvisation techniques, and sometimes, just crank out some rock and roll.

ISSMA Solo and Ensemble Contest is also available for all band students, either as soloists or in ensembles (small groups).

The program benefits to a large degree from the massive support for music education and the drive for excellence provided by our band moms and dads. The East Tipp band parents understand the benefits that making music can provide our students and whole-heartedly support our endeavors to succeed.